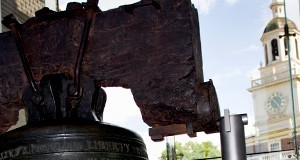 When people think Philadelphia, they imagine the Declaration of Independence, Rocky and passionate sports fans, but the city offers a variety of attractions, culture, entertainment and activities that are sure to bring a smile to your face. Eat at the outdoor cafes along Rittenhouse Square or walk the cobblestone streets in historical Old City and visit the Liberty Bell and Independence Hall. At night explore Market Street’s buzzing bars and boutiques or catch a concert at one of the many venues throughout the city. In Philadelphia, you can find almost anything and everything in just a few minutes' walk.

The City of Brotherly Love is one of the most ethnically integrated cities in the United States. It is home to a diverse population that lends its many unique qualities to the culture, food and style of the city.

Some residents choose to live in the city for the ease and convenience of living near Thomas Jefferson University and the immediate access to diverse entertainment. However, Philadelphia’s suburbs do not lack entertainment opportunities. Some of the best restaurants are located just a few minutes away from Center City, and the surrounding areas are home to many smaller clubs, bars, bookstores and coffee houses.

Learn more about Philadelphia and the surrounding areas.

The Southeastern Pennsylvania Transportation Authority (SEPTA) connects inner Philadelphia with the surrounding suburbs. Utilizing trains, buses and the subway, you’re always a short trip away from Jefferson or the bustling suburbs around it.

For longer distance trips, Amtrak (1-800-USA-RAIL) and Greyhound/Trailways (1-800-231-2222) buses each have stops inside the city, making it easy to travel up and down the East Coast. Amtrak trains leave from 30th Street Station and the bus terminal can be found at 10th and Filbert Streets behind the Gallery.